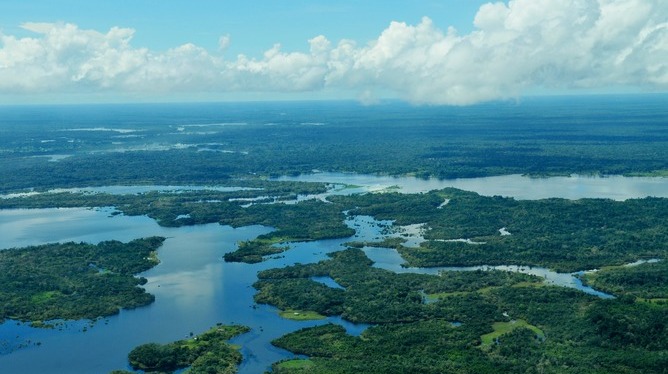 For years, scientists and environmentalists have debated the best ways to conserve and protect natural resources from pollution and over-exploitation.

In the late 19th century, conservation advocates with the help of President Roosevelt succeeded in making Yellowstone the first US national park. Yellowstone’s status sent a strong message against unregulated commercial extraction and the model has since been replicated worldwide. However, the strict exclusionary nature of national parks was extremely burdensome for local and indigenous peoples who remained reliant on natural resources within protected areas.

The policy of “fortress conservation” was intended to give way in the late 20th century to a host of more sustainable alternatives, announced at the first Earth Summit in Rio in 1992. Conservation and development would be better integrated, and rural poverty addressed by bringing the poor into a global marketplace, while simultaneously delivering the market deep into the rainforests.

Since Rio, market-based conservation has gained a lot of traction, and almost all forms of nature have been commodified. Packaged into sleek financialised terminology such as carbon credits, ecosystem services or species banking, the market has become such a supposed panacea for conservation that selling nature has become, for many, the only method of conserving it.

Yet a cautionary tale of bioprospecting challenges the dominant and countervailing logic that if conservation were somehow made profitable, nature could begin to pay for its own survival.

Bioprospecting is the process of turning indigenous medicinal knowledge and nature into commercial drugs. Its advocates say it would provide the motivation and more importantly financing for conservation in the world’s biodiversity hotspots. Why chop down the Amazon if the forest might contain all kinds of useful and valuable drugs?

The drug discovery example planted in the public’s imagination the iconic image of the “‘barefoot doctor’ seeking to find the medicinal cure to humanity’s ills under the canopy of the rainforests”. But with little to show in terms of any new blockbuster drugs or significant biodiversity saved, we are left to ask why the market has thus far been so underwhelming at achieving its conservation goals?

Many set out to discover new drugs and species in rainforests, but bioprospecting hasn’t done much for humanity of late.
CIFOR/flickr, CC BY-NC-ND

Capitalism is not the answer

Capitalism has never really been compatible with conservation. It encourages concentration of resources in already wealthier areas, while the urgent need to protect certain species or habitats is rarely reflected in market prices which are driven by desires to turn a quick buck. For example, drug discovery takes place in large high-tech research laboratories far removed from biodiversity-rich source countries targeted for conservation.

It takes more than 15 years and hundreds of millions in research and development costs to bring drugs to market – investment costs too big for low-income counties and local communities to even conceive of, never mind getting involved in, in any meaningful way.

For conservation to be effective, there needs to be an understanding of the benefits and the burdens of bioprospecting participation for all parties involved.

Burdens include the displacement and loss of access for locals due to new conservation enclosures – sometimes involving violence – and the potential misappropriation of nature and knowledge, what critics refer to as “biopiracy”. Many of these issues have a serious effect on any local “buy-in” to conservation programmes, and indigenous people rarely see the value of nature in terms of individual market exchange.

Bioprospecting has come a long way in addressing some of these issues. The 2010 Nagoya Protocol, signed by 63 countries and the EU, set up access and benefit sharing mechanisms for the world’s genetic resources.

But right as bioprospecting seemed to be working out many of its problems, large pharmaceutical companies started closing their natural products divisions and moved on to the next big thing: chemically-derived computer generated molecules, known as combichem – a portmanteau of combinatorial chemistry. As with many market conservation initiatives, this was a fix; the fluidity of the market left the rural poor with little hope of a potential windfall of conservation benefits in their hands.

For conservation thinking to move forward it needs to take into account some very important and complex issues concerning markets.

As much as we would like to believe that we have moved beyond the Malthusian belief that overpopulation and local level mismanagement leads to environmental degradation and scarcity, the spectre of too many people in the world continues to cast a “dark shadow” across our current conservation policy.

Thomas Malthus, best known for his belief that overpopulation would lead to catastrophe.
Wellcome Library, London, CC BY

This naturalisation of environmental problems fails to take into account many of the real drivers of global environmental change, such as the marginalisation of rural resource users due to poorly planned conservation policies, complicit elites, consumption by the global north and large scale extraction by multinationals. Paradoxically, many of these same industries have now become the saviours for today’s market conservation.

No one has all the answers to conservation’s complex challenges, and rarely if ever are we going to find a perfect solution. But we can find the optimal solution. It is astonishing that so many critical social and natural scientists, many of whom have devoted their lives to challenging the dominant narratives of conventional thinking, have become champions for market conservation. We can do better.

This article was originally published on The Conversation. Read the original article.

Interested in publishing a POLLEN blog? Send your blog in a Word doc to Stasja Koot: kootwork@gmail.com, with separate pictures.